Way back on 23rd February 2016, Herb Kim (Executive Chairman and then Interim Head of Tech North) took part in a Business, Innovation & Skills select committee briefing on ‘The Digital Economy’ (click on the image below to watch it). 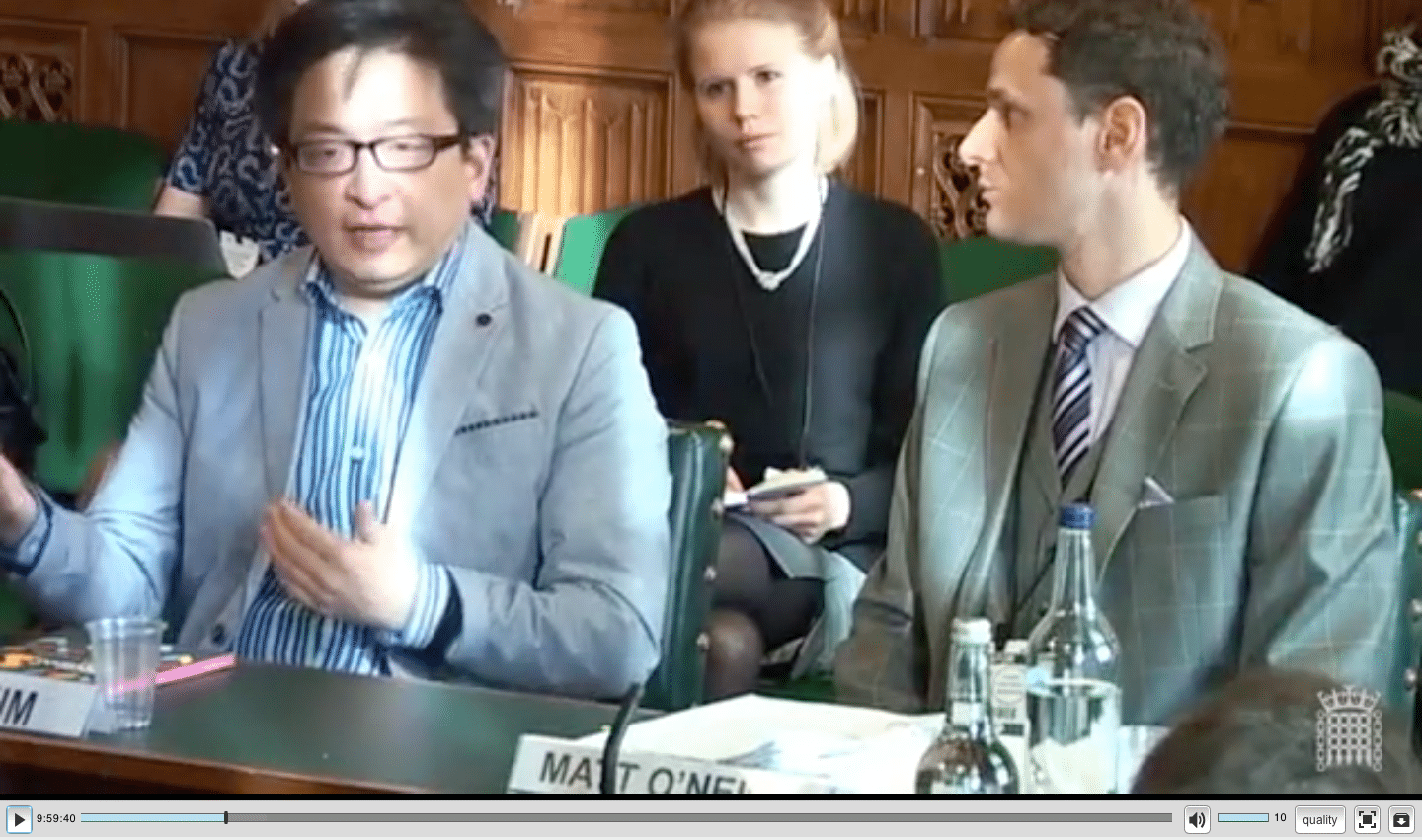 In it, Herb talked about how the number one issue facing tech businesses in the North of England and other parts of the UK were how to find people with the right digital skills.

But it’s not just pure digital/tech companies who are looking for talent but also traditional industries who are now embracing ‘digital’ putting pressure on the existing talent pool.

Indeed, in Tech City UK’s Tech Nation 2016 report, it was estimated that 41% of the 1.56 million digital jobs in the UK, were actually in traditional industries like retail.

When asked if there was a sufficiently large pool of digital skills in the regions, Herb gave the best analysis of the situation we’ve ever heard when he referred to a Dynamo North East report from 2014 which estimated that there were approximately 1,500-2,000 tech vacancies waiting to be filled in their member organisations. More recently, the Yorkshire Post estimated there were around 50,000 software jobs across the North of England waiting to be filled!

Herb said: “We’re facing a new Northern jobs crisis right now where the old one was a lack of jobs and too many people but now it’s the reverse where there seems to be a tremendous amount of opportunity but not enough people to fill them.”

“Companies of all sizes are desperately crying out for solutions – long, medium and short – to try and deal with this problem so I’d say that overwhelmingly, on top of everything else including investment, helping find ways to direct talent towards the North in this area is seen to be a hugely important thing for Tech North and others to be involved in.”

When asked how to fill these roles, Herb said a major part of the problem was due to ‘Information Failure’ where there simply isn’t enough awareness of the North of England as a thriving hotbed for tech jobs which are paying on average £45,000 per year.

“When you compare this to London, where the average is £58,000 per year but the living costs are much higher versus somewhere like Leeds or Sunderland, there’s an income premium to being an IT worker in the North versus London. So to my mind I’d like to really highlight this fact and use Tech North’s nudge power to replicate what Tech City has done in promoting London as the tech capital of the UK over the past few years. I think that Tech North and others can really work internationally to promote the North not just through marketing and PR but by highlighting genuine opportunities that are available today – where we can pay people world class salaries.”

It’s for this reason that were delighted to be working with the Tech North team, providing them with ever greater insight into the current opportunities and skills available which they can then use to encourage more businesses and individuals to look North and inform local authorities, education providers and Local Enterprise Partnerships (LEPs) to nurture and retain homegrown talent too.