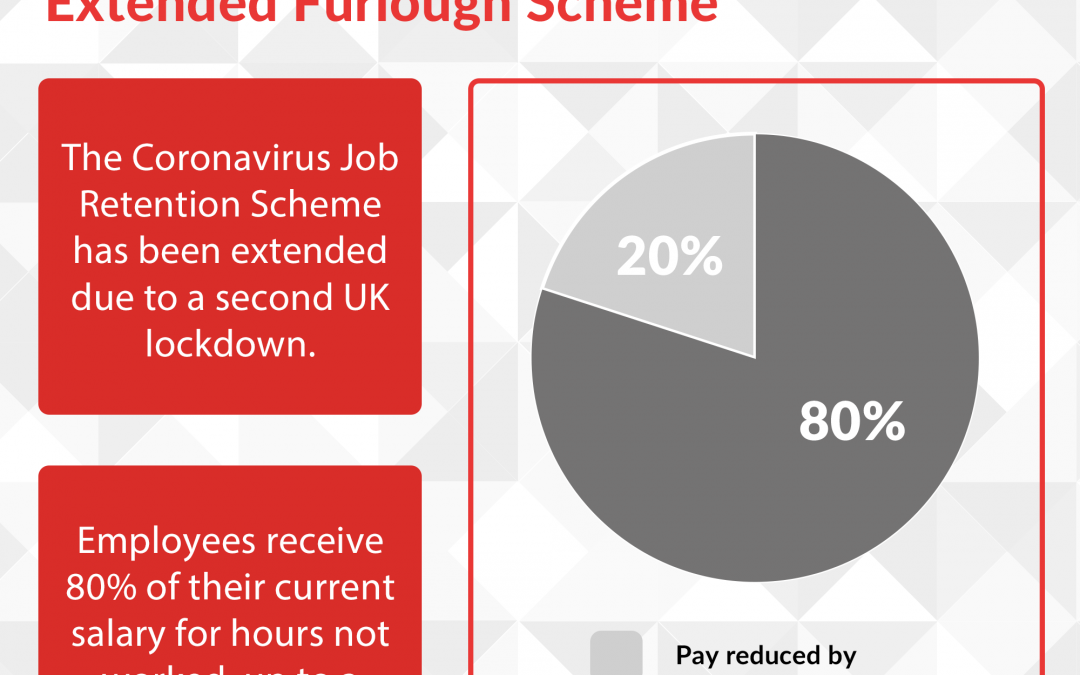 The Chancellor announced yesterday, 5 November, that the furlough scheme will be extended until 31 March 2021 to increase support for businesses and people across the UK. This support provides employees who cannot work their full hours due to coronavirus 80% of their pay, up to a maximum of £2,500 per month.

The Furlough Scheme was due to be replaced by the Job Support Scheme on 1 November, but due to a second lockdown starting 5 November, the government announced it would be extended until December. However, after numerous calls from other political parties and unions to extend Furlough further, Chancellor Rishi Sunak announced it would be extended into Spring 2021 and reviewed in January.

Will the Furlough be the same?

As an employee, you won’t notice any difference to your pay at the end of each month. However, for employers the scheme has become more generous.

Previously, the government paid 60% of employee wages and the employer had to top this up by 20%. The updated Furlough Scheme will only require employers to cover pension and National Insurance contributions, with the government paying the full 80%.

Who can benefit from the Furlough Scheme?

To benefit from the updated Furlough Scheme, you must have been on the payroll by 30 October 2020. It can be for employees who are on full-time, part-time, flexible, agency or zero-hour contracts. If you have been made redundant or stopped working and you were on a payroll on 23 September, you can be re-employed, and your employer can claim Furlough for you.

The grant that was in place for self-employed workers, providing 55% of trading profits from November to January is also increasing to 80%.